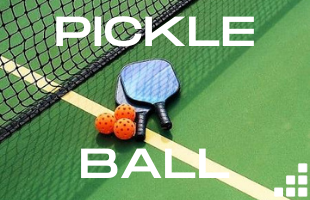 Every Tuesday until September 6, 2022

Welcome to the second annual summer-long Pickleball Tournament of Champions!

This tournament will run throughout the duration of the summer and possibly into the fall! It will be a ladder style tournament followed by a single-elimination playoff (dates TBD). Once you sign up for the tournament, games can be played at any time on a game-by-challenge basis.

Tuesday Nights can be a time when you expect some pickle ball to be happening, but again, you can play official tournament games at any time throughout the summer. Tuesday nights are a drop-in and chill evening, so don't view this as an official youth event, but just a fun meet up in the community to get active!

And of course you don't need to be in the tournament to come out and play! Feel free to come out any Tuesday and just spend time with one another!

SIGN UP BEFORE TUESDAY June 21st to be randomized into an order and officialy begin the season.

Late signups will be placed on the bottom of the ladder